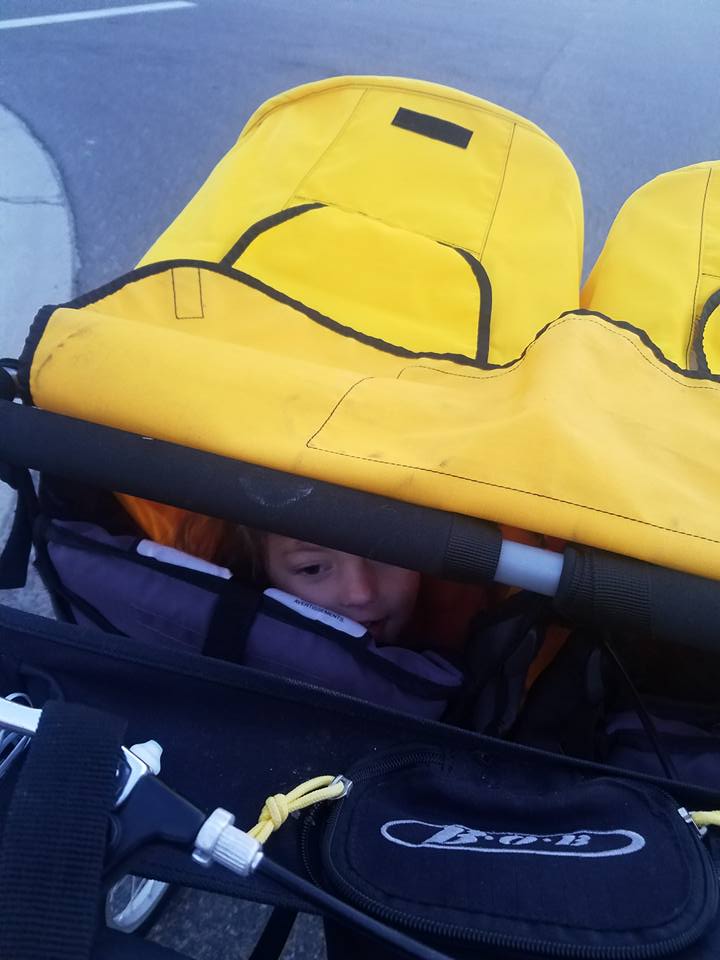 Sooooo, I got behind and so now I’m doing this the lazy way and combining two weeks into one recap.

Monday – Tempo. 5 miles @7:39 with 1/2 mile cool down. We took a VERY overdue vacation and since the Charleston Half was only two days prior, I had planned to make it an easy run. But, I got going, felt ok and realized I was doing a faster pace anyway, so I just went with it. FINALLY these tempo runs are starting to feel easier (not easy, mind you, just easier).

Wednesday – cross. 30 minutes elliptical and 30 minutes weights. As much as I enjoyed the beach run, running on the slightly slanted surface (say that 3 times fast) irritated my right ankle and it was still a little sore, so I played it safe.

Friday long run. 10 miles @ 8:11/mile. It was a very nice and partly scenic run but a tough one, as it was 64 degrees and humid. I took a few breaks, and even got stopped at a drawbridge which is definitely a first for me.

Saturday easy run. 4.5 miles @ 8:44/mile. I ended up skipping my speed work for the week but wanted to try to at least get the miles, so there ya go.

Monday swim. 1800 meters at an abysmally slow pace. The pool heater was broken but I was told not too terribly cold (however I was also told it would be a good time to try out a wetsuit), but I was already there so I just braved it. It wasn’t too terrible but like the last swim attempt in the freezing outside temps my fingers were numb and I needed coffee to thaw myself.

Tuesday fartlek. 6 miles @ 8:08 pace. So, am I the only one (after I laughed at fart, because I’m mature like that) that thought a fartlek just meant a tempo run? Well apparently it isn’t. It apparently literally means “speed play”, so the idea is you jog a bit, and then pick up the speed for whatever distance, jog, pick up etc. But the distance isn’t measured by a watch but a visual marker, like a mailbox or telephone pole. It actually took me a couple miles to get used to this weird back and forth, but I kinda liked it and think i’ll incorporate more of these in the future.

Thursday  cross. Tired of the bike trainer, I searched my favorite yogi (Ali Kamenova) on You Tube and did three of her HIIT workouts, with some yoga.

Saturday interesting collection of runs. My plan called for another 10 miles since I shifted a run for the half, and so I decided instead I’d rather run a 5k with a ridiculously long warm up and cool down. On the plus side, I FINALLY beat a nearly 5 year old 5k PR! FINALLY! And the good news here, is that my pace indicates a 22 flat 3.1 (but courses are never exact), which according to the Run Less Run Faster book means I SHOULD (key word here) be able to run the half at my “A” goal pace, and I have 5 more weeks to nail it down.

Sunday easy-ish run. 3.5 miles @8:30 pace. It ended up being somewhat of a frustrating day  and I needed to burn off some steam, so I took Chance for about 1.5 miles and pushed the twins for the rest.